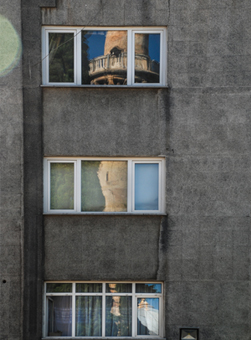 Exhibition: Çatalhöyük.
It is the oldest settlement in the world where the first urbanization phenomenon has started in Central Anatolia.
Adobe houses stick to each other and they constructed side by side, entrance of houses are from the roof and only ventilation mechanism holes on the ceiling and there is neither window nor door in these houses.
In later periods, left on stone walls without glass and as a narrow holes and finally in First Century A.C. with the usage of glass, windows become transparent and closed, meeting with their frames and looking at city.
In Iceland Vindauga: eye of air-wind /English window (wind-door)/In ancient Greek Fenetre, fenster: providing light /In Persian pancure which derived from our language Turkish pencere.
Our windows, whenever we desire we can look out of them to city but they hide us inside with its curtains and we can open them to limited number of people.
In each morning when we wake up the first thing is looking outside from window who does not do that?
Our windows are our first dialog with our neighbours, our street and our city. Sometimes it is the advertisement board of consumer goods sometimes it is the place where we put satellite dish to communicate, sometimes it is the excursion spot of everyone without discriminating child or elder and even our animal friends watch the city. Some people imagine their missing some people looking forward to see their beloved ones from windows. Through windows people chat with their neighbours. Windows, sometimes with curtains sometimes covered by nylon, sometimes with flowers in a yoghurt container. Sometimes windows tell loneliness, singleness and abandonment. Windows give their names to outlook, the view we reflected. The long and the short of it, windows start dialogs about city, citizen and even life.

Alev Tanrıkorur
She has graduated from Business Administration Department at Anadolu University. She lives in Bursa. In the beginning photography was taking place in her life as a hobby and later she has discovered that photography has a language and decided to have education of it then she graduated from Audio Visual Technics and Media Production and Photography and Cameraman Department. Since 2009 she is among the founder members of Vizör Grup Bursa which was founded in order to development and application of social responsibility projects. Her photographs have taken place in various exhibitions. The main subjects of her photographs are details about life. She likes to take adult and children portraits. She photographed her work called as ‘Windows Looking At City’ with Yıldız Kiremitçi.

Yıldız Kiremitçi
She was born in Bursa. She has graduated from Uludağ University Environmental Engineering. Because of her interest to photography art from childhood years, she has graduated from Audio Visual Technics and Media Production and Photography and Cameraman Department and has taken education on photography from various institutions. Since 2009, she is among the founder members of Vizör Grup Bursa which was founded in order to development and application of social responsibility projects and her photographs have taken place in various exhibitions. She likes to reflect the light into life to photographs. She has photographed her work called as ‘Windows Looking At City’ with Alev Tanrıkorur. 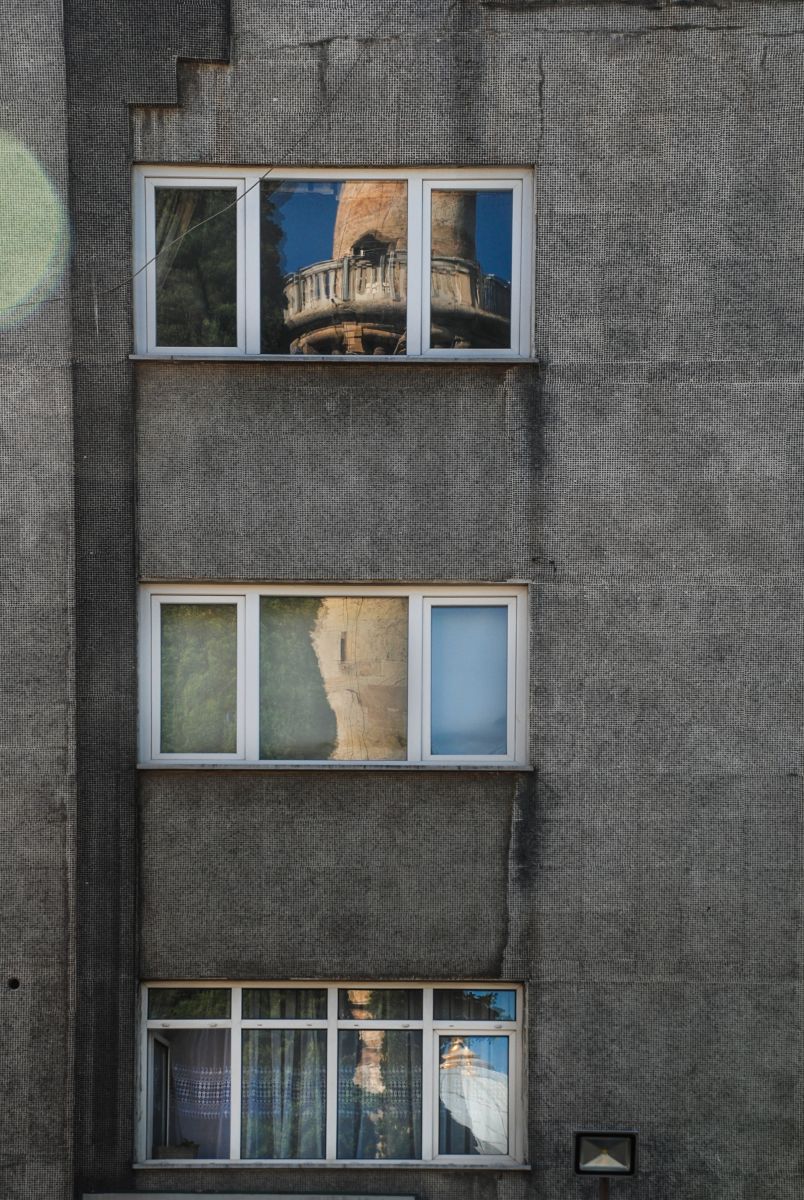