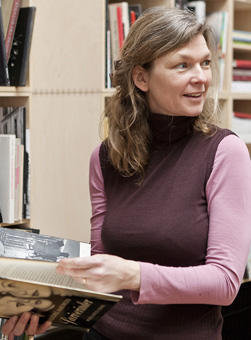 She likes art and artists with something to say. She likes books with many pictures and an audience with genuine interest in art. She likes brave collectors, nature and life in Copenhagen. She loves my children and my husband.

Her heart beats especially for photography and photo books. The humanistic photography from Central Europe, France and Scandinavia was the beginning of a passion which today embraces photographers from several countries. The Family of Man exhibition at Charlottenborg in 1955 laid the foundation for what she wants to present today.