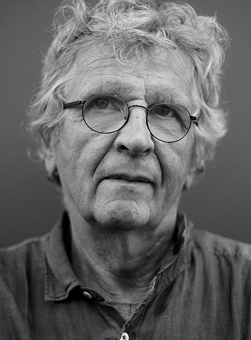 Biography: Belgian b. 1941. For more than thirty years, from Belgium to Morocco, and from India to Egypt, Harry Gruyaert has been recording the subtle chromatic vibrations of Eastern and Western light. Far from indulging in stereotypical exoticism, Harry Gruyaert has a vision of faraway countries that locates the viewer within peculiar and somewhat impenetrable atmospheres. Harry Gruyaert joined Magnum Photos in 1981. In his later work he has abandoned the Cibachrome process in favor of digital print. Better suited to revealing the rich shades found in his films, digital print opens new possibilities for his work, bringing it one step closer to his original intention, namely to give color the means to assert its true existence. He is represented by FiftyOne Gallery, in Antwerp, and MagnumGallery for the sale of his prints.