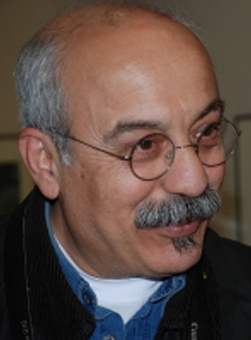 Biography: Hasan Şenyüksel entered the photography world in 1977 in Uşak, taking photographs for local papers. In 1982 in London he studied dark room and photography. In 1984 he started to work at the Hürriyet Newspaper London branch. In 1988 he published the weekly London Sunday paper. He took photographs for many local and foreign press institutions until he returned to Turkey in 1999. During the Fotoğrafevi period when he was the director, he published the IZ magazine under the editorship of Ara Güler and many photography books. During the same period he was the curator of several photographers, Ara Güler being in the first place, and opened exhibitions in Athens, Berlin, Boston, Paris, Seoul, London and Rome. Şenyüksel has been the representative of MagnumPhotos for more than 10 years and he shares his expertise in photography with individuals and institutions as a Photography Consultant.