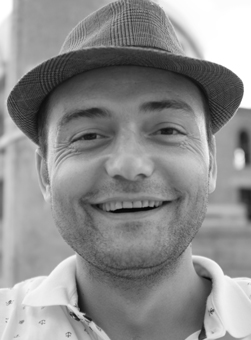 Exhibition: I have been living in İstanbul since 2012. The year I came, tombstones from the Ottoman era were the first monuments that attracted my attention. The tombstones seemed aesthetically very impressive to me. So I decided to photograph the tombstones. In time, I noticed that cats were included in the photographs, either by mistake or just naturally. I loved the cats; a living element was involved in my frames and strengthened my compositions. It was almost as if the cats had a magical air that drew me in. In the days that followed, I started going to graveyards just to photograph the cats. Then I started looking for their tracks in courtyards of mosques and on the streets. As a result, I ended up with many stray cat photographs. I came to the realization that I was involved with a project that would last a lifetime. My interactions with the cats also raised the awareness of the people around me. Lensculture and Swiss Photography Museum Fotografiska also published this work of mine online. Moreover, some of the photographs in the project were used in calendars as a way to provide support for Animal Protection Associations and were displayed at Animal Protection Days mixed exhibitions. I am hoping that these works will be published as a book in the future.

Biography: Sami Uçan was born in Konya in 1983. He graduated from Selçuk University Surveying Engineering and Anadolu University Distance Learning Faculty Department of Photography. He first started taking photographs in the mid-months of 2008. He won awards in national and international contests, and displayed his photography at exhibitions of photography associations. Street and documentary works especially interest him. He currently works at İstanbul Directorate of Cadastral Survey.