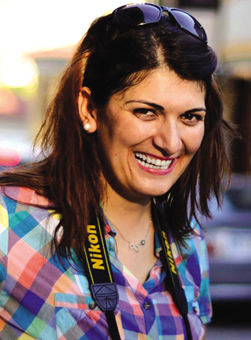 Exhibition: Karagöz, is a shadow Show. This play is based on reflection of some of the figures (human, animal, plant, objects etc.) called as figuration cut from skin on a White screen illuminated from backside. Karagöz and Hacivat are two workers who had worked during the construction of mosque at Orhan Gazi period and lived in Bursa. As they do not work they also stop other workers from working. When Orhan Gazi said ‘If you do not complete the mosque on time i will take your head from your shoulders’ the architect of the mosque tells the reason why mosque is not completed on time is Karagöz and Hacivat. Thereupon, these two workers were executed by beheading. Sheik Küşteri who loved them a lot and upset because of their death makes puppets of them after their death and plays them behind the screen. Thus, they become known. From that time when we talk about traditional Turkish shadow play, first of all Karagöz and Hacivat come to minds.In our city especially after iftar in Ramadan Month on the streets, in Bursa Karagöz Museum, in Misi Village Etnography House, Karagöz and Hacivat shadow play is played by fictional dreamer. The content of these plays give information generally true, serious, constructive, educational and giving advice with entertainment.

Biography: She was born in Muş in 1985. She studied graphic design in high school.  In those years she has met photography print in dark room. She has shown interest to photography more. She has continued graphic design in Uludağ University Vocational School of Higher Education. She has been working as a graphic designer in private sector. She has got various trainings within the body of Bursa Photography Art Association since 2010. She participated in Caravanserai and Bazaars Project in 2011. She has also participated in various mixed exhibitions organized within the body of association and participated 5th BursaFoteFest with photography exhibition named Daye. He hold his first personal exhibition named Daye in 2016 in Aykırı Sinema Derneği (Contrary Cinema Association).